This week, write the haikai poem of your choice (haiku, senryu, haibun, tanka, haiga, renga) that alludes to advent. 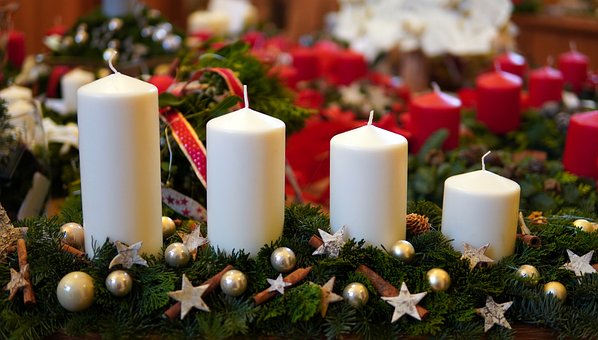 This is the continuation of John and Susan. I have decided to make this a book. I am working on that on NANOWRIMO since there is a beginning that needs to be told. Part of these prompts won’t fit into the book but will use some of them eventually after a proper beginning.

Jack didn’t know what to do. He wanted to deal with his parents and ex-wife, Princess Isabella, on his own. However, Joanne had a point. This did involve her and the two boys they had raised as their own sons.

While he mulled this over, he waited anxiously for the patrolman to return with the DNA results.  He stared at the snow-covered mountains from afar. He finally decided that if the boys were indeed not theirs, then he would take Joanne, Oliver, and John with him to confront his parents. They would have had messed with all of their lives.

The policeman finally came running into the office, waving the papers showing the DNA of the twins was no match to either Joanne or Jack. Jack swore, Joanne started crying, and the two boys just stood there with their mouths hanging open.

“You’re really not our mom and dad,” John finally blurted out, hurt in his voice? He looked to his brother for support, and Oliver was fighting tears. “Ah man, life’s not fair, it’s just not fair. You have been the best parents even if you did split us apart for our own good and to try and prevent this from happening. I don’t care that I am not a real prince. I didn’t know anything about it anyhow, so you can’t miss what you’ve never had, they always say. I feel sorry for the real Prince Oliver and Prince John. Held captive all these years and no idea what they’ve been told is not real.

“Jack, we’ve got to go and rescue our other sons. Now that the secret is out, do you think they are still at risk,” Joanne asked Jack quietly?

“I don’t want to take a chance. We are going to have a police escort, and I will call for a private jet to take us to the Kingdom of Bhatangary. The plane has no connection to the company, so there shouldn’t be any problems, but I’m hiring a 24-hour security detail.

“Besides telling your parents your suppositions, you need to tell Priscilla. She is either in on it or worried sick.”

Follow Tessa Can Do It! Positivity is Catching! on WordPress.com